Deno, a secure TypeScript runtime, was primarily written by Ryan Dahl (creator of NodeJS). He introduced Deno at his  "10 Things I Regret About Node.js" talk in 2018.

As the title suggests, Dahl discussed the design problems in NodeJS and his regrets about it. For example, security; Node doesn’t require access to write files and that becomes a problem when you are using a lot of plugins that are not yours.

He talked about the importance of allowing runtime flags to control access to the network or file system (--allow-net --allow-write). By default Deno doesn’t allow access for writing or network. This is very useful if you want to allow a list of domains for network access.

Also, when starting a Node project from scratch, the design has two problems: the node_modules folder has a lot of stored dependencies and a centralized package.json file is responsible for the register. Node is notorious for having tons of files in the node_modules folder. See this meme to get a sense of how people view dependency management with node Heaviest Objects in the Universe.

NPM overall is a solid dependency management tool, and when it works it’s great, but when you have a problem the typical solution is something like npm cache clean or delete node_modules and install again.

Deno is looking to simplify the package manager taking advantage of ES modules. The approach for Deno is to import modules from a URL. This is inspired by GoLang. That means no more node_modules or package.json.

If you have been following along with JS development over the last 5 or so years, you will know how big of a deal TypeScript has become a big deal. Deno is TypeScript supported out of the box so we don't need to compile the .ts files. But that doesn’t mean you can’t have javascript files in your project.

Dahl mentioned his need to have “a single executable with minimal linkage.” That makes sense when you look for some tools, like the bundle, for example. According to Deno Docs, bundling is the way that you get a single Javascript file which includes all the dependencies.

Miscellaneous commands at the top level were also mentioned as a Deno goal; the fact we can use the reserved word  await at the top-level is awesome. In this way, you don’t need to wrap it into an async task.  Additionally, most of the browser functionalities are present, for example, you can use fetch, clearInterval or setTimeout from scratch,  you can find the complete list here. ‍

According to the Deno tweet on May 12th, this release is ready to go so it's time to take a look at how it works and what Deno offers.‍

To install Deno we need to follow the instructions on the Deno homepage; an example in bash installation could be:

Next, we simply need to configure our .bashrc to include Deno on the path. ‍

Let's try a simple script creating a main.ts file writing a hello world, and then let’s see how to run it.

Notice we don't need to configure the .ts compilation; Deno does this by default.

What about an HTTP server? First, we need to import the package:

Deno is secure by default, so you will need to add some flags to allow network access or file reading depending on what you need. For this example, we need the --allow-net flag.

But what about package manager, if we need GraphQL for example?‍

Pika is a CDN that provides us a simple way to search packages and take the URL to import into our project.

Let's see how to import GraphQL.

So simple, and we know exactly where this package comes from.‍

You don't need to wrap await on an async function; just using await reserved word is enough for Deno to handle async/await tasks.

We can use fetch with await, so doing a request is easier in Deno. Let's see an example:

Can you use NPM modules?

Yes, but they must be an ES module. There are tons of modules on NPM that are not compatible with Deno, so that’s a little awkward; however, as a programmer, you should not need to worry. We expect in the future Deno will find a way to handle this.

Moving from NodeJS to Deno could be a problem; maybe you need to ask yourself about all the dependencies you’ll need, but if Deno doesn’t support it, your answer could keep to using NodeJS.

Once you have your modules downloaded, Deno doesn’t do it again, but if you want you can force it in the terminal.

Deno was released on May 13th and we can’t wait to know how it tastes, so let’s do an example of a REST app with basic crud using Postgres as a database driver.

In the beginning, you may feel frustrated because you don’t have npm; you may start to ask, “where can I find this or that package?” And, as you know Deno is new, so there’s a lot of modules that are not supported.

Maybe Pika or dev.land third-party modules could help you find what you are looking for. But remember, Deno is just a baby.

We are going to use the following packages:

Let’s start creating a main.ts file for the webserver.

Now let’s configure the routes; we are going to use get to retrieve the users, post to create a user, put undefined for an update, and delete to remove one of them.

For database communication, we are going to isolate it in a file called client, export a query function, and execute it.

From Dotenv, we are referring to load.ts; however, when you run the code you might get a warning like:

For this example, we are going to use this module, but I invite you to take a look at a function called config from https://deno.land/x/dotenv/mod.ts that could help with this warning:

If you are using VisualStudio Code I highly recommend you use the REST client extension, which is very helpful when working with HTTP requests.

To start the webserver, we use the deno run command, indicating the flags as optional parameters, and at the end, the name of the file, main.ts.

It is mandatory to load the packages from the server and for database communication.‍

We need to read our environment variables, so we need this flag.‍

Dotenv will read the .env file to load the environment variables and load those into deno.env.

Let’s create a file named users.http and, using the REST client extension, we can test our API.‍

‍If you want to test it on your own, feel free to refer to this GitHub example.‍

If you already have Deno installed you can use deno upgrade to get the latest version.‍ 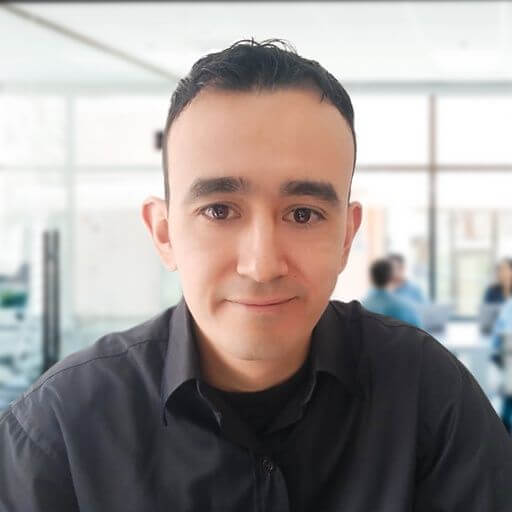