Static types represent significant advantages for developing an app and it should be taken into account from the beginning. In the following post we are going to mention the most significant.

Javascript is an excellent option for building large-scale applications. Companies like Netflix, Slack, Lyft, and Microsoft have adopted it because it has frameworks and tools that make it much easier. One of the most popular is Typescript and there are several reasons for this:‍

1. Stability and security for the long term

Typescript was released in October 2012 and has been developed and maintained by Microsoft ever since. The company has a clear roadmap for the long term. During this time they have created several tools to make implementation much easier and are compliant to the ECMAScript standard as well.‍

Typescript is an open-source and open-development project used by more than 2 million repositories. In addition, we can see in the 2019 NPM survey that 62% of users reported using it.

Developers experienced with static languages such as Java, C#, and Scala have an advantage; starting with Typescript is going to be easy and won’t take too long to master. On the other hand, developers who have no experience with static types will have to spend more time reviewing concepts related to OOP in order to understand and apply it.

The last three years have been important for Typescript. We have seen it adopted by the Javascript community as well as frameworks, text editors and other tools such as Babel, ESLint, and IDEs that make it easier to implement.

The ultimate goal of Typescript is not to replace Javascript; rather, it is a helper for building enterprise Javascript apps. That’s why Typescript tracks and provides implementations released by ECMAScript.

From the developer’s perspective, Typescript brings significant advantages when it is taken into account from the beginning of the project. However, it’s worth noting that it’s possible to make the transition progressively.

Here are a few benefits we’ve discovered after using it:

To sum up, Typescript is an awesome tool that allows for scale and at the same time makes it easy to maintain. As mentioned at the top, several big tech companies are already using it and here at FullStack Labs, we use it on many of our projects, so why aren’t you? 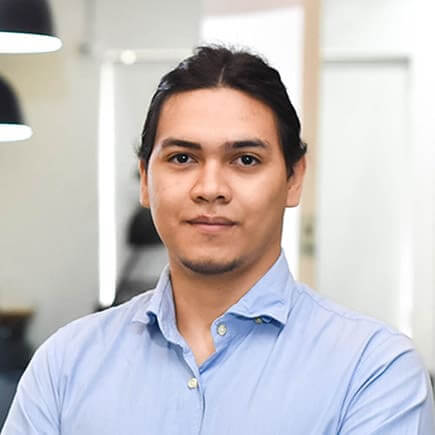 I like the idea of creating new things and making life easier, and my work as a Mobile Engineer lets me create applications to help people and businesses alike. I've had the opportunity to create mobile apps from scratch for high-profile clients like Aetna and Al Jazeera. I'm curious, passionate, and disciplied, and I enjoy working in VSCode, Git, Java, JavaScript, and React Native. I enjoy spending time with my family, reading, listening to music, and exercising.