As a software engineer at FSL, I am constantly tasked with finding up-to-date solutions to classic development problems. One such problem is effective and efficient form management.

I’ve spent much of my professional career over the last few years building web applications with React, which has a growing list of libraries developed specifically to make managing forms easier.

If you are building a web application with a large number of forms, or an app that requires advanced forms that have dynamic field arrays, conditionals or any type of dependent form field, form libraries can help speed up the development process.

This article won’t cover performance testing, or conclude that one library is better than another. Instead, it will offer my take on some of the benefits and drawbacks of each.‍

The documentation provides a good list of examples that include codebox editable models.

The documentation is pretty thorough and does a decent job of highlighting very common usage scenario examples, such as sync/async record validation, autosave, conditional fields, and typeahead field support.

The documentation is very well organized. It has inline examples and includes samples of parts of the functionality. It doesn’t really have a base of examples for common scenarios, but the overall format is clean and easy enough to follow.

I’m including Yup because an integral part of form management is form validation. Yup does a fantastic job of validating an object to ensure it matches rules defined in a schema. This library is framework agnostic and has a sole purpose: object schema validation. In a lot of projects it may not make sense to go through the trouble of wrapping form fields and integrating a new form library. If you want some of the power of a form validation library with even less hassle, Yup can definitely help. Since it has a very singular purpose, it is very portable to things like React Native, Node.JS or any other JavaScript-based platform and can be coupled with other libraries as well. I like libraries like this that can be repurposed on as many platforms as possible. For a current project, I am using Redux form for general form management, but I ultimately rely on Yup for form validation and error messaging.

At FullStack Labs, we are consistently asked for ways to speed up time-to-market and improve project maintainability. We pride ourselves on our ability to push the capabilities of these cutting-edge libraries. Interested in learning more about speeding up development time on your next form project, or improving an existing codebase with forms? Contact us. 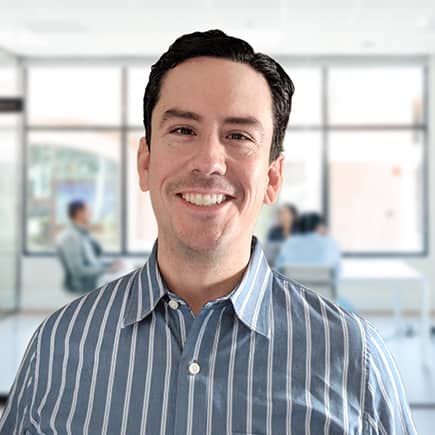 As a Senior Software Engineer at FullStack Labs, I'm focused on leading development teams and building complex custom software solutions. I'm an experienced software developer specializing in React.js and Node.js development. Prior to FullStack Labs I was a Senior Software Engineer at Red Hat. I hold a BBA in Management of Information Systems from Texas Tech University.